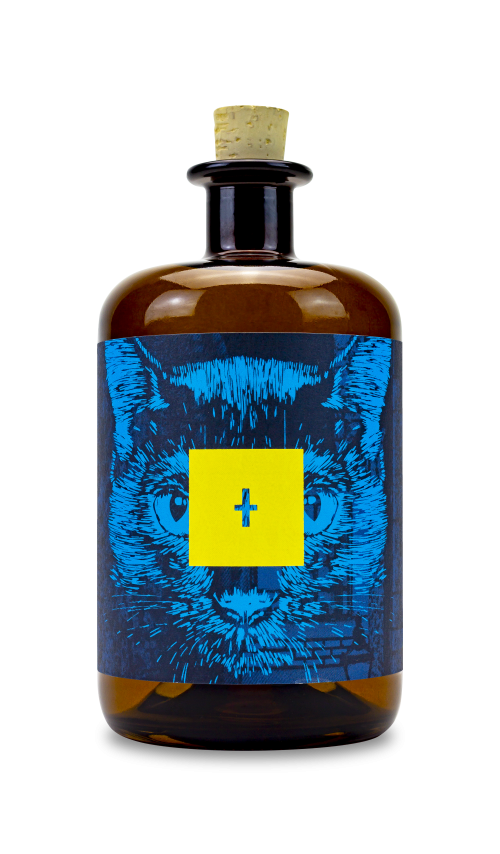 “I … purchased in Moorfields the sign of a cat and had it nailed to a street window. I then caused a leaden pipe, the small end out about an inch, to be placed under the paw of the cat, the end that was within had a funnel to it … when the liquor was properly disposed, I got a person to inform a few of the mob that gin would be sold by the cat at my window next day, provided they put money in his mouth … at last I heard the chink of money and a comfortable voice say, ‘Puss, give me two pennyworth of gin!’ I instantly put my mouth to the tube and bid them receive it from the pipe under her paw.”

Wandering the streets of London during the gin craze, in search of something to drink, the sight of a black cat painted on a sign above a door would have indicated the presence of an illicit gin shop. A black tom cat, to be precise.

This clandestine signal gave the sweeter style of gin available at the time its name. Our modern take on the Old Tom is distilled with pink peppercorns, rosehips, and tonka beans, and sweetened post-distillation with bee pollen and honey.